This article first appeared on LinkedIn.

Retail is an exciting, dynamic space, and has been for some time. Be it the arrival of online retailers (the big story late last year being Amazon), trying economic conditions, or changing consumer habits and expectations — there’s a lot going on, and retailers have been forced to react.

New research from CBRE says the sales environment is “soft yet stable”. And they’re not the only voice making positive noises — see JLL, MSCI, GPT & Scentre, and the retail heavyweights praising the Federal Government’s 2018 budget.

“despite the proliferation of negative headlines, despite the continued growth and share of e-commerce, retail returns have been quite resilient”.

The budget has boosted consumer confidence — there’s no denying that, as confidence has risen for the fifth straight week in the wake of income tax cuts. Retail’s resilience in this era of online retailing and economic instability is interesting, and is proving to be full of opportunity. JLL’s Director of Retail Research, Andrew Quillfeldt, has remarked on this period of adjustment (that looks now to be buoyed by cyclical drivers of retail spending showing positive signs of a recovery in the short-term) saying retailers are continuing to revise & optimise their business models

“to reflect the globalisation of retail, changes in technology, changing consumer preferences and trends between generations”.

Rationalisations and relocations are two of the key drivers behind high-volumes of shopping centre transactions (and other property moves), as retailers seek to reduce their rental costs and improve sales performance. ANZ senior economist Jo Masters has said this shows retailers are adapting to fundamental changes facing the industry — one being that rental cost pressures are unlikely to ease in the near future (although there are examplesof this happening in some CBD locations). The Australian Retail Association’s (ARA) Russell Zimmerman concurs that rationalising store networks makes sense, and suggests landlords may not have “really comes to grips” with this new turn in retailer strategy. Competition between shopping centres is only increasing — as retailers also look to relocate to better performing centres with a stronger trading profile or more dominant position within their catchment.

It’s no wonder 2017 was the second highest transaction year on record, at $8.8 billion.

Moreover, the shift towards development of non-CBD alternatives for commercial, retail and residential space is becoming more pronounced. Green Square in Sydney is anticipated to bethe most densely populated region in Australia, after the completion of the $1.7 billion Green Square Town Centre — Australia’s largest urban renewal project. Property development and investment group Tipalea Partners is soon to unveil a new $90 million project close by in Alexandria, describing it as a real alternative to Surry Hills and the Sydney CBD, with significantly lower occupancy costs (60% of those in the CBD), whilst providing better amenity than nearby Mascot. Tipalea’s 9,300 square metres of retail and commercial space (billed to expand to encompass hotel, industrial and residential) is just one example of the trend towards relocation, and re-purposing, that is being recognised by developers and tenants alike.

Experiential shopping — and a broader reconceptualisation of traditional ‘bricks and mortar’ retail experience — is part of a range of solutions being adopted by retailers as part of their repositioning in the era of online retail, and is also a key consideration for shopping centres as they to rebalance their portfolios. Melbourne’s Chadstone Shopping Centre is an exemplar of dynamism and creativity required to succeed against the game-changing challenges from online shopping and evolving consumer behaviour. The centre has been doubling sales every decade for the past 30 years in its evolution from a popular suburban shopping complex largely to an international fashion hub and tourist destination with a hotel, convention centre, cinemas and high-end restaurants –

today Chadstone announced annual sales of more than $2 billion, a record for Australia

and one of the world’s top five malls behind middle eastern and US retailing meccas. The strategic focus of the centre is to

“put more pizzazz into its plazas with designs, events and variety that makes it a destination in itself”.

Chadstone recently completed a $660 million development, which includes a hotel, new food atrium, Piazza, and more luxury retailers, and has a $220 million new development planned. This kind of development is consistent with research findings that show the persistent value of experience-oriented tenants — be they movie theatres, restaurants or gyms — as well as non-discretionary spend tenancies, like supermarkets and healthcare centres — in the age of online retailing. Interestingly, healthcare is one industry that isn’tfeatured on a US chart of the Top 20 Tenant Industries within Retail properties in this article by MSCI. Healthcare tenants bring a necessarily experiential & non-discretionary offering to retail environments — it’s no wonder that healthcare property outperformed retail, offices and industrial in 2017. Strong & ageing population growth, and the corresponding increased desire for use of healthcare services, are strong fundamentals shaping the future of the healthcare space — it’s one of the sectors to watch this year. Another experience-oriented alternative asset class is student accommodation, which has grown in popularity immensely in the last 4 years. Overall — it’s clear that

as retailers and shopping centres reposition their offerings as part of the structural adjustment associated with the shift to online.

New sales processes and means of engaging with consumers, are also growing as retailers continue to adapt to an increasingly digital, ‘always-on’ & user-experience (UX) focused customer base. The Australian Retail Insights Survey 2018 showed that social mediasuddenly jumped to become a top-3 priorityfor retailers and brands alike — with spending on social video increasing by 49% as just one example of the broad shift towards engaging customers through social content. Another (unsurprising) finding is that

70% of companies that reported better than average sales growth have fast fulfilment EDI.

What is surprising, however, is that more than half of all companies haveno plans for ship-to-store (Click & Collect), which is popular with retailers due to the 75% chance of additional purchase during pick up. But more importantly reflects the changing purchase-habits of an increasingly connected and discerning consumer. Also, only 19% of retailers have full visibility to in trading partner warehouses and distribution centres, while almost 40% have partial visibility — pressing the question of just how important automation & robotics in warehouse operations will become as retailers continue to compete. As Rob O’Byrne from the Logistics Bureau writes, “The benefits of these tools are principally in the acceleration and increased efficiency of operations, plus improved tracking and inventory optimisation”. But it’s also a question of customer expectations — people increasingly won’t put up with a poor purchase experience (be that in terms of availability, e-commerce UX, delivery, or pick-up options), because increasingly they know they don’t have to.

That’s my two-cents on some of the big themes I see shaping up Retail in 2018. If you got value out of this market breakdown, feel free to share the link to this article with colleagues, clients or whoever!

Philip Reichelt is the Director of Tenant Leasing Group. With over 20 years of experience in the Australian property market, Phil specialises in advising & representing retail, commercial & industrial tenants, and managing transactions from end-end. A credible industry commentator, Phil loves working with established institutions seeking a safe pair of hands, as well as ambitious brands breaking ground in new markets.

Connect with Phil on LinkedIn. 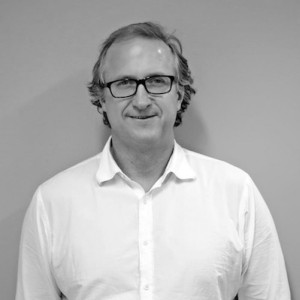 Phil Reichelt is the Director of Tenant Leasing Group. With over 20 years of experience in the Australian property market, Phil specialises in advising & representing retail, commercial & industrial tenants, and managing transactions from end-end. A credible industry commentator, Phil loves working with established institutions seeking a safe pair of hands, as well as ambitious brands breaking ground in new markets.
All Posts »
Scroll to Top